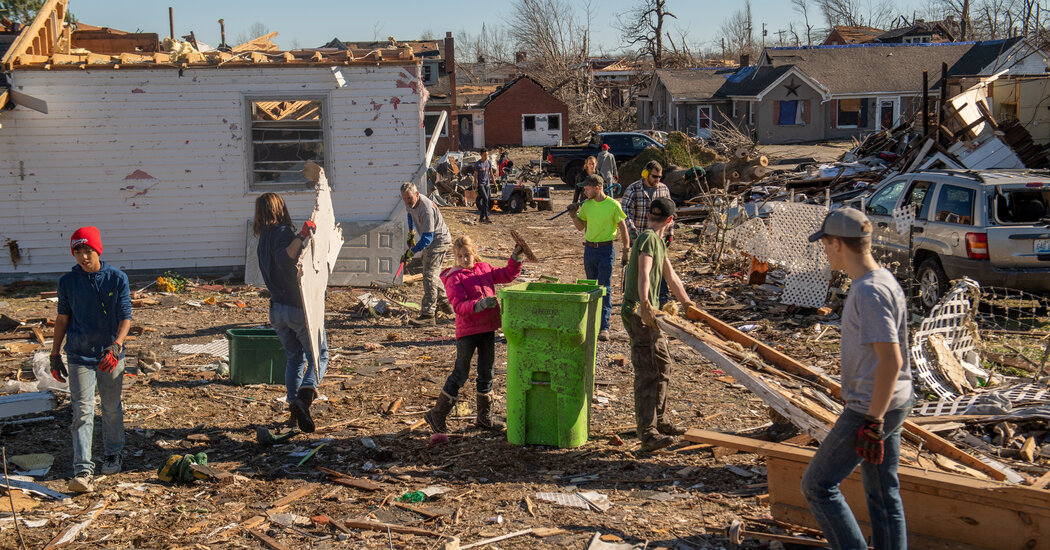 Mr. Dickey grew up in Wayne City and lived in Carlyle, both east of St. Louis. His daughter said she would always remember the way he made the “I love you” sign in American Sign Language – pinky and index finger up, middle and ring finger tucked in, his thumb outward – every time. that they were separating, even though no one in the family was deaf.

Brian Crick, district judge for Muhlenberg and McLean counties, died in Bremen, Ky., On Saturday at the age of 43. Judge Crick’s wife, Amanda, and two of their children were treated for injuries. Her youngest child was not at home when the storms hit.

The judge, a former Sunday school teacher and Cumberland Presbyterian Church in Sacramento, Ky., Was known for his love of children, said Dana Brantley, a close friend of the Crick family.

“He always had a child upside down, tossing it in the air,” Ms. Brantley said. “If something like this happened to someone else, he would have led the cleanup, he would have put on his work gloves, dig in the rubble, use his saw. It’s just who he was.

For the family of Mr Daniel, the Mayfield Corrections officer, Monday was a day of gathering at Brown Funeral Home – one of the few structures in town unscathed from the widespread destruction – to prepare for a final au see again.