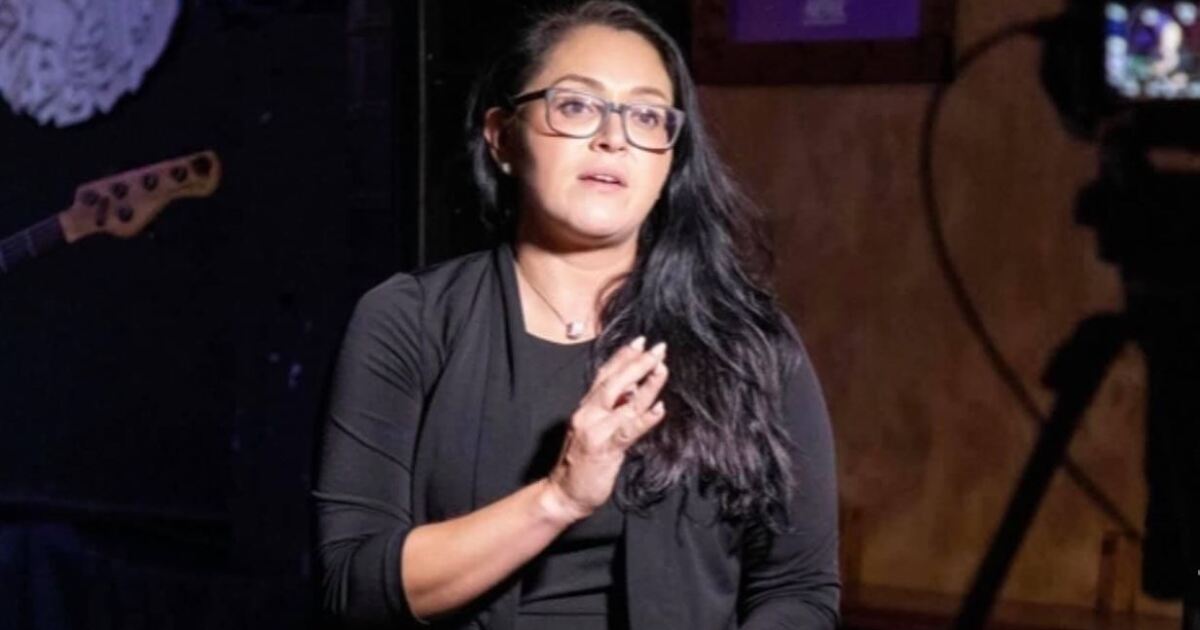 Perez is a registered tribal member of the North Fork Rancheria Mono Indians. She is the former assistant secretary of the California Department of Veterans Affairs, runs a San Diego-based clean energy company, and is a member of the San Diego chapter of the Truman National Security Project. She lives in Vista.

“Make sure you let them know we’re still here.”

These are the words my Native American grandmother, a Registered Tribal Elder of the North Fork Rancheria Mono Indian, said to me when I was just 13 years old. To this day, I have never forgotten them.

My grandmother was part of the residential school generation, in which thousands of Native American children were forced to attend residential schools created to strip them of their culture. Growing up in North Fork Rancheria, north of Fresno, my grandmother’s family didn’t have a real home – they lived in an army tent. After colonization wiped out 90 percent of the native population, the Mono people were one of many California tribes whose residents were left homeless after their ancestral land was stolen in the early 1900s.

When I was young, I had no idea how these past atrocities would affect me and future generations of Native Americans. But as I reflect on the America I grew up in, fought overseas, and now raise my son, it’s clear to me that generational trauma doesn’t just live with Native Americans. . He cursed our whole nation.

The past few years have shown us that America needs a deep healing. For our country to advance, we must face our history.

We need to learn and share the stories of our ancestors, including the atrocities that happened. We must recognize that racism, xenophobia and injustice still plague our country.

And we need to do what we can to fix the generational mistakes.

American history begins with European explorers stealing the land from the Taino Indians of Puerto Rico and wiping out the peaceful population of the indigenous peoples. Since Christopher Columbus, generations of settlers across America have committed mass murders, sent Native Americans on forced marches, and displaced tens of thousands of people from their ancestral homeland. America’s true history has been distorted, burned and buried by those who wish to keep it hidden.

But as my grandmother used to say, we are still here.

Native Americans are the original stewards of the land now called America. For centuries we have been the protectors of the earth. Our people are incredibly aware of the impact our decisions could have on our children, their children, and their children’s children. Every decision is anchored in a promise to honor and protect the earth.

This is why the Hopi Tribe, the Ute Mountain Ute Tribe, the Ute Indian Tribe, the Navajo Nation and the Zuni Pueblo came together to protect and reclaim the lands belonging to their ancestors. In 2015, these tribes successfully called on the Obama administration to create the Bears Ears National Monument, ensuring tribal stewardship protections and agreements for generations to come.

But barely a year later, the Trump administration dramatically reduced the size of the monument by more than 85%, overturning protections to the land via an unprecedented legal proclamation.

Since then, the region has been threatened daily by vandalism and the development of oil and gas.

During his campaign, President Joe Biden vowed to restore protections for Bears Ears. On Thursday, the White House announced that President Biden will keep that promise and issue a proclamation restoring nation-to-nation relations and tribal sovereignty.

As a Native American woman, I begin to have hope for the Indian country. Less than a year after taking office, President Biden has already installed the Native American First Secretary of the Interior and is now committed to completing the restoration of Bears Ears.

This will enable the reestablishment of collaborative and sustainable land management policies to protect and preserve the resources and treasures of the Bears Ears landscape. Above all, it sends a strong signal that President Biden is ready to recognize the truth of American history and commit to righting the wrongs of the past.

America’s indigenous ancestral lands should be protected. Our ancestors lived, prayed, gathered, hunted and passed on stories to the next generation on these lands. Who better to protect and honor the beauty of Mother Nature and the rich history of these places than the first guardians of the earth?

Despite the darkness of the world, I have high hopes for America’s future because the next generation of young leaders and children are paying attention.

My son, who is both Jewish and Native American, decided for his mitzvah project to educate people on why Native Americans should have the right to protect and preserve their ancestral lands.

The most important goal of his project? To remind people that we are still here.