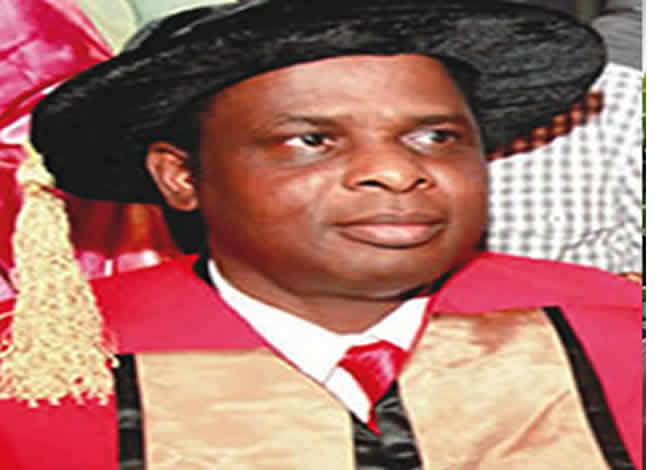 Professor Ayodeji Olukoju is Pro-Chancellor and Chairman of the Board of Directors of Chrisland University, Ajebo, Abeokuta, Ogun State. In this interview, he tells GRACE EDEMA that as Nigeria celebrates the 61st anniversary of independence, students should be equipped with life skills that will enable them to be self-sufficient among others.

Nigeria@ 61: Please describe the state of education in Nigeria then and today

“So” could mean, in my experience, the 1960s and 1970s, the years of my elementary, secondary and university education. In general terms, teachers were highly valued and treated with respect by parents and society, school enrollment was low, and classrooms were small (we were around 20 students with honors in 1976 -80 at the Department of History and Archeology at the University of Nigeria, Nsukka!). We studied subjects that are now defunct or unpopular (Nature study and civics in primary school; History and government (as alternatives to 4th grade) and Complementary mathematics (optional) at secondary level. Our teachers were competent. , engaged and disciplined., and they administered corporal punishment in elementary and secondary schools. Most secondary schools, mainly mission schools, had boarding schools. Our certificates were universally recognized, and academic excellence was coveted and rewarded Internal and external exams were very competitive High schools ran for six years in the 60s and for five years (January-December) in the 70s, until the schedule was changed to the current one in 1973 . There were no computers: we only had math sets and four-digit tables. Were well equipped, and our science teachers were graduates of universities and educational colleges. In my last year of high school, African Church Grannar School, Oka-Akoko, Ondo State, only one subject, English, was taught by the principal, JK Ogunleye, and another graduate teacher, Pedro Akerele!

There was no central admission body for higher education institutions before JAMB was established in 1978. Students applied to one of the existing universities in Ibadan, Nsukka, Ile-Ife, Zaria, Lagos and Benin, which had just taken off when I applied in 1976. All universities were government owned.

“Now”, that is, since the mid-1980s, important changes have taken place, especially in the face of the Structural Adjustment Program of the mid-1980s. The SAP and other ill-advised policies have taken place. devalued the currency, hollowed out the economy, fostered a flight from agriculture and rural exodus, caused a sharp drop in funding for education, led to the exodus of the most brilliant researchers and academics, in particular the expatriates, and precipitated the erosion of moral values ​​and academic standards. He no longer paid to be studious, and the teachers, who were previously highly esteemed and confident professionals, were humiliated by both government and society. Many became less engaged as the profession no longer appealed to the best and brightest, allowing entry of many otherwise unqualified people. School enrollment has skyrocketed as classrooms, libraries and laboratories, skilled and motivated teachers, and funding have been woefully inadequate. This was the direct consequence of the populist policy of massification of education by the government, which promised more than it could deliver. The mismatch between the explosion in enrollment, evident in overcrowded classrooms, and the inadequate number and quality of staff and facilities, has generated low morale and diminishing engagement on the part of teachers. This has been compounded by worsening poverty in society, which has pushed poorly paid teachers to the bottom of the socio-economic ladder. This is a major factor in the never-ending cycle of social unrest and frequent closures of our higher education institutions, which has eroded the brand of the country’s education sector. To be fair, there has been a notable increase in the number of private schools that have improved access to education while charging increasingly higher fees. Private schools at all levels, however, set standards that public schools have not been able to match. A worrying trend is the growing gap between the quality of school products and the demands of the workplace. The state of insecurity in the country, in particular the targeted mass kidnappings of students, is demoralizing. Regardless, the long-standing gap between Nigeria’s far north and far south has yet to be bridged and is growing.

Despite daunting obstacles, the sector is still alive, despite needing urgent help. To be fair, special intervention programs such as ETF / TETFund have helped close the infrastructure and research funding gaps with notable results. Another remarkable development is the promotion of skills acquisition and entrepreneurship. Our graduates always do well in foreign countries, where there are better facilities. This indicates that there are inherent qualities of resilience and competitiveness among our staff and students. Private universities in particular set standards in terms of facilities and funding. They also reduced capital flight by attracting students who could have attended any of the dubious foreign universities that profited from the country’s higher education crisis. Schooling is increasing, although it is uneven across regions and states.

What are the suggestions for pulling Nigeria out of these challenges / setbacks in education?

We need to equip our students with life skills that will enable them to be independent and to create jobs for themselves and for others. In addition to entrepreneurship which has become fashionable in recent times, we should emphasize character and leadership development in the curriculum. Education is a lifelong endeavor that must begin at home. Next, we should focus on distance and open education by investing heavily in information and communication technologies, providing facilities for easy and cheap access to tuition and electronic library resources. The government should stop taking the education oath. Even in a deregulated economy, it should initiate policies and regulate standards to ensure that school products are adequately prepared for life.

What do you think of President Buhari’s promise to increase funding?

It’s a good idea on paper. But, it raises questions requiring answers. First, how much of this intervention or additional funding will make up for the identifiable deficits in facilities and infrastructure as well as the shockingly low wages (frozen since 2009)? Second, how to ensure that budgeted funds are fully and promptly disbursed, and that they will be administered in an appropriate and transparent manner? Third, is this an isolated policy, a knee-jerk, populist reaction, or a new and sustained commitment? Finally, are incentives and sanctions built into the initiative, rewards for optimal use and commendable results in teaching and research, and penalties for poor performance? The intervention will be carefully scrutinized and may or may not be justified by short, medium and long term results.

All rights reserved. This material and any other digital content on this website may not be reproduced, published, broadcast, rewritten or redistributed in whole or in part without the express prior written permission of PUNCH.